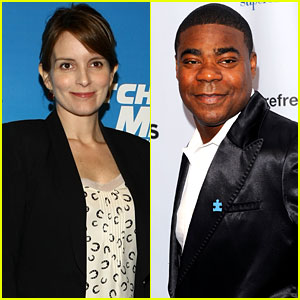 Morgan joked during a Nashville stand-up act about how violently he would react if his son told him he is gay. The "30 Rock" cast member later issued a statement apologizing "to my fans and the gay and lesbian community for my choice of words at my recent stand-up act in Nashville. I'm not a hateful person and don't condone any kind of violence against others. ... While I am an equal opportunity jokester, and my friends know what is in my heart, even in a comedy club this clearly went too far and was not funny in any context," EW.com reported.
The Human Rights Campaign said that is not enough.
"Tracy Morgan exercised extremely poor judgment and he did the right thing by apologizing. But that's just not enough. He's a role model and Morgan now has a responsibility to make amends for his horribly hurtful and dangerous 'comedy' routine. He also needs to go further than his apology and correct the record: no one should feel ashamed because they are lesbian, gay, bisexual or transgender and they should definitely not become a victim of violence," Fred Sainz, HRC vice president for communications, said in a statement Friday. "Words have consequences and Morgan should be held to a higher standard. Until he does something meaningful, his brand will remain tarnished."
Morgan's "30 Rock" co-star Tina Fey, in a statement to TMZ, said, "The violent imagery of Tracy's rant was disturbing to me at a time when homophobic hate crimes continue to be a life-threatening issue for the GLBT Community."
However, Fey also said what Morgan said in Nashville "doesn't line up with the Tracy Morgan I know, who is not a hateful man and is generally much too sleepy and self-centered to ever hurt another person.
"I hope for his sake that Tracy's apology will be accepted as sincere by his gay and lesbian co-workers at '30 Rock', without whom Tracy would not have lines to say, clothes to wear, sets to stand on, scene partners to act with, or a printed-out paycheck from accounting to put in his pocket."
TMZ said NBC Chairman Bob Greenblatt has put Morgan on notice that "this kind of behavior will not be tolerated."

Posted by GLBT and Friends at 9:06 AM