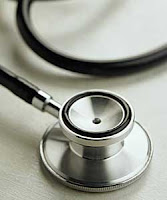 Alberta has finally scrubbed homosexuality from its diagnostic guide to mental disorders, more than 35 years after the psychiatric profession made the same move.
Alberta Health and Wellness spokesman Andy Weiler says the move was made Tuesday after the matter was brought to the department's attention by a reporter.
Homosexuality has been listed in the province's official diagnostic guide under sexual deviations and disorders.
Mr. Weiler said Health Minister Gene Zwozdesky ordered that section of the document removed immediately.
The American Psychiatric Association stopped considering homosexuality a disorder in 1973.
Mr. Weiler could offer no explanation as to why it remained on Alberta's list.