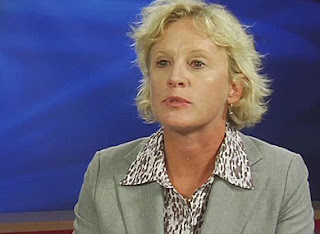 RALEIGH -- North Carolina's highest court on Monday voided a state senator's adoption of her former domestic partner's biological son, a move that appears to close a method for same-sex couples to adopt unless the legislature steps in.
The state Supreme Court ruled 5-2 that the adoption of Melissa Jarrell's son by state Sen. Julia Boseman was invalid because a Durham County District Court judge waived a requirement five years ago that Jarrell had to give up her parental rights in the process.
Under the adoption plan approved by the lower court, Bose man became an adoptive parent while Jarrell retained full parental rights as well.

However, Associate Justice Paul Newby wrote for the majority that the adoption never occurred in the eyes of the law because lawmakers have made clear that the biological parent must terminate a legal relationship with the child. That part of the ruling favored Jarrell, who had sued to negate the adoption after the couple separated.
She and Boseman, North Carolina's first openly gay member of the General Assembly, had been living together when Jarrell gave birth to Jacob in 2002.
The majority of justices let stand another lower court ruling allowing the two to have joint custody of the child, saying it would be in Jacob's best interest for the women, who have been sharing parental responsibilities, to rear him.
Still, the ruling eliminates a method for same-sex couples to adopt and could raise legal questions about so-called second parent adoptions like this one. They have been granted in Durham andOrange counties in recent years, according to testimony and court documents.
"If our uniform court system is to be preserved, a new form of adoption cannot be made available in some counties but not all," Newby wrote.
For such two-parent adoptions to occur by parents of the same sex - granting inheritance and other rights to the child - same-sex marriage would have to be created in North Carolina or the adoption law would have to be changed, said Michelle Connell, a Winston-Salem lawyer and chairwoman of the family law section of the N.C. Bar Association.
Groups file briefs
Several Christian groups filed briefs arguing that the adoption was illegal, while law professors and the American Civil Liberties Union urged the court to uphold Boseman's adoption to ensure the child and others in similar situations would be in stable family environments.
Those issues are best addressed at the General Assembly, Newby wrote. At least 27 states permit second-parent adoptions through state law or based on evidence in local courts, according to the Human Rights Campaign, a national group that works for lesbian, gay, bisexual and transgender equality.
"The avenue is going to have to be changing the statute," Connell said in an interview. Otherwise, she said, this ruling closes down the method completely. Republicans taking charge of the legislature next month are considering whether to vote on a constitutional amendment that would prohibit gay marriage.
Associate Justice Patricia Timmons-Goodson wrote in a dissenting opinion that Jarrell was barred from challenging the decree because she missed deadlines to do so. In a separate opinion, Associate Justice Robin Hudson said there was no explicit prohibition against or permission for a waiver like the one Jarrell received.
"The majority overlooks the interests of this child and promotes [Jarrell's] rights over those of the child, in direct contravention of the law as written," Hudson wrote in arguing for a Court of Appeals ruling this year upholding the adoption.
Boseman, a Democrat from Wilmington, didn't seek re-election this year and leaves office at the end of this month.
-end-

Posted by GLBT and Friends at 2:57 PM