Man arrested over murder of US gay pride activist 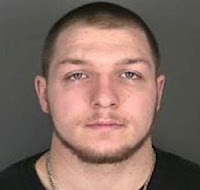 
Police in Elmira, New York state, have arrested a man in connection with the murder of a local gay rights activist, Clinton ‘Billy’ Lewis, who was also the owner of Club Chill, a local gay bar.
Police say that they responded to reports of gun fire and located Lewis inside his home, which is a few blocks from the gay bar he owned.
Louis M Duffy of Horseheads, New York state, has been charged with second degree murder and held in remand. No details of the motive have been made available to the media.
Lewis helped organise gay pride events in the town.
Posted by GLBT and Friends at 1:13 AM