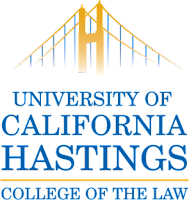 In Christian Legal Society v. Martinez, 130 S. Ct. 2971 (2010), the Supreme Court ruled that Hastings College of Law acted constitutionally in requiring that officially recognized student organizations abide by an "all comers policy," under which any Hastings student could join any student organization. The CLS lawyers thought they had a sure winner in that case, seeing it as their ticket to expansion of Boy Scouts v. Dale into a broader principle allowing for the exclusion of openly gay members from a variety of groups. Many CLS supporters were shocked by their 5-4 loss in the Supreme Court.
On remand, CLS argued that the all comers policy was a sham, i.e., that it was applied differentially, in a way that discriminated against CLS. On Wednesday, the Ninth Circuit ruled in CLS v Wu that this, too, was not a viable claim. From SCOTUSblog:


...The Ninth Circuit Cour ... said it could not find in the record enough to show that the group’s chapter at Hastings College of Law in San Francisco had actually made the argument it now wanted to press.
The CLS chapter’s lawsuit in federal court contended that the College of Law discriminates against it by denying it campus privileges because it will allow only students who share its religious views to take part in its activities. ... [T]he Ninth Circuit had upheld the school’s so-called “nondiscrimination policy” on the premise that it was an “all-comers policy” that was enforced neutrally.  In a 5-4 ruling June 28, the Court agreed.
Although the CLS has contended that the school’s participation policy was unevenly enforced, targeting only those groups that organize around religious beliefs or that disapprove of homosexuality, the Court majority said that argument “flatly contradicts” an agreement among the parties in a lower court stipulation that the policy actually was an “all-comers” participation mandate that did not depend upon a particular group’s status or beliefs.  The “all-comers” policy, viewed that way, was valid, the Court concluded.
The chapter, however, also had a second strand in its discrimination argument — that the policy, even if an “all-comers” approach as written, actually was enforced in a discriminatory way in practice.  The supposed neutrality of the policy, CLS had contended before the Justices, was a mere pretext for discrimination against religious groups.  The Supreme Court, however, found that no lower court had ruled on that argument, “and this Court is not the proper forum to air the issue in the first instance.”   It sent that question back to the Circuit Court to rule on it “if, and to the extent, it is preserved.”
On Wednesday, the Circuit Court reacted.  Borrowing a phrase used by other courts in similar circumstances, the Circuit Court panel said that “Judges are not like pigs, hunting for truffles buried in briefs.”  Though it said it had, nevertheless, engaged in an “assiduous digging” in the legal papers filed by CLS’s lawyers, it found that the discriminatory enforcement argument had not actually been put forth.  “We’ve found nothing reasonably supporting its existence,” the panel said.
In neither the CLS opening brief in the Circuit Court, nor in its oral argument there, the panel wrote, did this version of the chapter’s discrimination argument appear in a clear enough form to put it before the judges.  While it conceded that “judges sometimes overlook issues fairly presented by the parties,” the Circuit Court said, “that’s not what happened here.  CLS simply failed to raise this issue the first time around, and it is not entitled to ‘a second bite of the appellate apple.’ ”
That ruling apparently put an end to the chapter’s challenge at this stage.  The Circuit Court, however, noted that, if in the future the law school applied its policy in a way that was discriminatory, “CLS may be able to file a new lawsuit.”  But the issue can’t be addressed in this litigation, it concluded, thus formally denying the chapter’s motion to send the case back to District Court  to consider the alternative argument.

for more visit Hunter for Justice.

Posted by GLBT and Friends at 9:06 AM