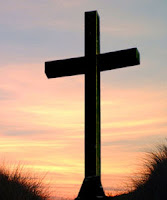 A Christian podiatrist has appeared before a professional trial over claims that he tried to get a colleague to swap patients with him because he thought the man was gay.
Steve Hardie, who worked for Peterborough Community Services, is said to have been reluctant to treat the HIV-positive man.
A fitness to practise hearing at London’s Health Profession Council heard a string of allegations dating from 2005.
Mr Hardie is also accused of rudeness towards two gay male patients he believed were a couple and of walking out of child protection training because he thought the class leader was coming on to him.
In another alleged incident, he is said to have failed to give a high-risk diabetic man a proper examination for an ulcer on his foot.
The podiatrist then gave him an unusually long wait for a next appointment and allegedly explained his actions to his line manager by saying that the patient was “effeminate”.
The hearing heard that he had once refused to attend a clinic with a colleague because that man was gay.
According to Press Association, council representative Vicky Lord said: “He had quoted his Christian faith as a reason for his views.”
Mr Hardie is also accused of failing to declare to he was undertaking private podiatry work.
A two-day hearing concludes tomorrow.