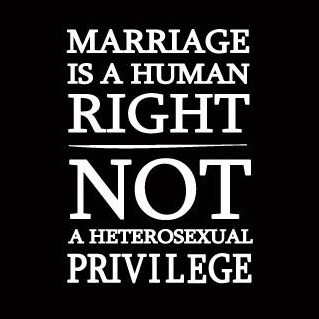 PROVIDENCE, R.I. — Lawmakers in Rhode Island and Maryland are taking up bills to legalize gay marriage, advocates in New York are making a renewed push, and opponents are fighting for constitutional bans in Indiana and Wyoming and to re-impose bans in Iowa and Hampshire.
The flurry of activity nationwide has activists on both sides of the gay marriage debate encouraged that 2011 will be a year of gains for them.
"There is so much happening that it is a challenge even for the most ardent marriage-equality supporters to keep track of," said Molly McKay, media director of Marriage Equality, a national group that favors same-sex marriage. "This is a national fight being fought out on various local grounds. Rhode Island, New York, those are states right now where all eyes are looking."
In New York City, the advocacy group Freedom to Marry on Wednesday announced the launch of what it described as the largest-ever national public education campaign aimed at increasing popular support for same-sex marriage.
The group said it hopes to raise and spend $10 million over the next three years to run ads featuring gay and straight couples talking about the importance of marriage. The first ad is scheduled to run nationally on CNN on Valentine's Day, the group said.
McKay said that with more people open about their sexual orientation, and with gay marriages legal in Massachusetts since 2004, there is a growing acceptance among the public that allowing two men or two women to marry is not a big deal.
"People are realizing, 'Oh, this isn't just a theoretical issue. That's our nice neighbors down the street,'" she said. "You can't put the toothpaste back into the tube one it's squeezed."
Gay marriage is legal in a handful of states besides Massachusetts: Connecticut, Vermont, New Hampshire and Iowa, as well as in the District of Columbia. In California, supporters of gay marriage are mounting a challenge in the 9th U.S. Circuit Court of Appeals to Proposition 8, which banned gay marriage there after voters approved it in 2008.
On the other side, 30 states have constitutional amendments banning gay marriages.
Maggie Gallagher, chairwoman of National Organization for Marriage, which opposes same-sex marriage, said her group is working to increase that number by adding Indiana, Wyoming and possibly North Carolina, the only state in the South that does not have such an amendment. In Wyoming, the proposed amendment is heading to the full House after clearing a committee on Tuesday. It has already passed the Senate.
Gallagher said the group hopes it can block legislative efforts to legalize same-sex marriage in Maryland and Rhode Island, as well as in New York, where a similar measure could emerge this year. She said that she doesn't believe there are enough votes in New York to pass potential legislation, and that she's especially hopeful in Maryland, which has a voter referendum process similar to the one in Maine. Voters in that state repealed same-sex marriage in 2009 after legislators approved it.
If the bill is approved, Gallagher said, "the people of Maryland will, like the people of Maine, reverse their legislators' decision."
In Maryland, supporters say they are "cautiously optimistic" that a same-sex marriage bill will pass the Senate. Maryland's House speaker, a Democrat, has said he will wait on action from the Senate before advancing the debate in his chamber.
In Rhode Island, activists believe that after years of trying, this year represents their best chance yet of legalizing gay marriage. New Gov. Lincoln Chafee, an independent, has been a longtime supporter of legalizing gay marriage, and Democratic House Speaker Gordon Fox, who took his post last year and is gay, is co-sponsoring a bill scheduled for testimony Wednesday before a key House committee. Democratic Senate President Teresa Paiva Weed, however, opposes same-sex marriage.
The Rhode Island chapter of the National Organization for Marriage has aired TV and radio ads targeting Chafee, while advocates planned a Statehouse rally in support of the bill Wednesday afternoon.
McKay said activists see Rhode Island as key.
"What happens in Rhode Island will advance the cause of equality nationwide," she said.